I recently did an on-line interview with the folks at Autism Journey which is an excellent blog that shares stories of individuals and families affected by autism.  You can check it out here: http://autismjourney.org/one-familys-journey-autism/

Describing what it is like to be a parent of a child or children with autism is a difficult task.  It is at the same time heartbreaking and inspiring, exhausting and motivating, restricting and enlarging.  In every sense though, it is challenging.  I have spoken with parents who have said that autism has taught them so much that they would not change it if they could.  We are not those parents.  I think I can speak for my wife when I say that if we could make it so that our boys did not have to go through life with these challenges, we would do it in a heartbeat, both for ourselves and our boys.  Let there be no illusions about raising special-needs kids.  It is tough.  That is not to say that it is the only parenting challenge out there that is heart-wrenching and difficult and there are challenges that other people face for which I would not wish to trade.  Life is not meant to be easy and we all are given the opportunities to learn the lessons that we need to learn as individuals and as families.  I believe that.  Laurie and I have learned incredible lessons through this journey and we continue learning–usually the hard way.  That being said, we couldn’t love our boys any more–autistic or no.  They have touched our lives in ways that could never have happened if they didn’t have these challenges.  They have changed us.  Especially now that we have been able to connect with them through writing, we have been able to truly see them for what they are on the inside, not just what is apparent from the outside.  Both Aaron and Austin are significantly affected by the disorder.  You wouldn’t know it by reading what they write because when they type, they don’t sound autistic.  Indeed, and for whatever that means, they are not “autistic” on the inside.  We can now have pretty normal, back-and-forth, written conversations with both of them, which is an amazing blessing.  They can even type conversations with each other, which has been pretty eye-opening.  They are definitely typical siblings. Aaron has very limited verbal skills.  He can answer simple questions and can tell us what he wants.  He can use full sentences but often still needs prompts.  But, he cannot express verbally what he is feeling or worried about or what he wants to do with his life in a broader sense.  It is only when he started typing that his world opened up to us.  He still has a lot of anxiety and some OCD and an occasional aggressive tantrum.  Thankfully, that is improving with time. Austin is completely non-verbal, and really is ineffective at sign language, PECS and other means of communication other than very basic needs.  Yet, he writes beautifully and has an incredible creative mind.  And still, Austin is very challenging with a lot of negative behaviors including frequent severe aggressive tantrums, disabling OCD, and overwhelming anxiety.  We are still trying to find answers for many of those problems.  Over the years, we have tried and continue to try […]

About a year and a half ago, I was chatting with Aaron (by writing on his Ipad) and challenged him to do something epic physically.  He had started really exploring that side of him and had gained some skills and confidence with mountain biking, skiing and mountain-climbing  (we have summitted several “fourteeners” which are 14,000 ft mountains in Colorado).  So, I knew he had the physical skills and the desire to push himself.  I asked him if he took on my challenge, what would he want to do.  He agreed that he wanted to do something because he does love stretching his limits and told me that he wanted to run a marathon. Previously, we had tried various forms of competitive running because he loves to run around in our backyard and can spend hours jumping on the trampoline.  We started him on the track but that didn’t really stick.  We tried going to some of the summer practices with his high school cross country team.  He could only last for 10 minutes before he would stop running and would get dropped by the other boys.  After several weeks, he said he didn’t like it anymore and we stopped going.  So, when he said that he wanted to run a marathon, I was supportive but skeptical that we’d get through it. Sure enough, on our first training run, he made it about 5 minutes before he just started walking and wouldn’t go any further.  I knew that physically he had the ability, but running is as much mental as it is physical and I just didn’t know if he could handle that side of it (to push through when your body is telling you to stop.)  But, this time he didn’t want to quit and we kept at it.  It still wasn’t going well for several weeks and running a marathon seemed like a distant goal.  So, we decided to start with a half-marathon and then go from there.  I also figured out that if I had him hold onto a small rope that I was also holding onto, he could make it for a longer period of time before stopping.  That is how we trained–holding a rope between us and going for short sections at a time with walk breaks in between.  Last year, we made it through our half-marathon, with the rope, and he did great, finishing the race in 2 hours. This year, it was time to up our game.  Aaron also wanted to drop the rope.  I had to find another substitute that would keep him pacing.   Aaron always does much better if he knows what is coming and so I decided to try having him wear his own running watch.  I used the timer function and set the total planned time for our run that day.   Then, as we ran, we would break it down into smaller sections.  He would ask me what time, and I would say that we would run until the watch said “1:10” and then we would walk for a little bit.  The next mini-goal was “1:00”, etc.  This […]

Yes, Sir by Austin Jepson   As I go through life, And my trials come and go, I realize that we all are being molded Into something greater.   We bend and stretch And we ask for relief, Because it hurts and tears At the fabric of our souls.   Why does change come with a price?   When each twist and tweak Has been completed Will we like what we see Or will we just feel broken?   What God sees in us We cannot see in ourselves. We just need to believe In the new and improved version,   And say to God, “Yes, Sir. I am here for you To create the best me That You can see.”

Learning to communicate with our boys has been a series of remarkable experiences and eye-opening moments.  We have always given them the benefit-of-the-doubt that they had normal intelligence and could understand things that were going on around them, although to be honest, the evidence for that was not strong.  If you look at either of our sons,  it is apparent within minutes that they have autism.  Most people would assume that they are mentally-retarded as well.  Austin cannot speak.  Aaron speaks in mostly rote-phrases and although he can answer simple questions, we have never been able to have a deep conversation out-loud.  But over the last couple of years, our parental assumptions and “hope” has been confirmed in a big way.  As mentioned in our “About Us” page, both boys started receiving therapy at HALO center in Austin, TX, using the rapid-prompting method developed by Soma Mukhopadhyay.  From very early on, they began showing glimpses of their true selves.  Austin was answering questions about history and writing simple stories.  Aaron was having appropriate conversations with strangers and asking questions of them that showed his genuine interest in who they were.  Aaron also began asking heart-wrenching questions, like “why do I have autism?” and “when are they going to find a cure?”  As special as these moments were, they only happened once or twice a month, during our time at Soma’s office, as we were unable to effectively reproduce them at home using Soma’s letterboard.  But, it gave us purpose and determination to realize that our sons were in there, had questions, had awareness of the world around them and were just waiting to break out.  We decided that if our kids were capable of communicating, we needed to make it something that they could use in a generalized setting.  So, we put away the letterboard and focused solely on helping them type on a keyboard.  We started with Austin using a keyboard that was not attached to a computer and supporting his hand to type simple words.  Not long after starting with that support, he began moving our hand instead of we moving his.  And our first real conversations happened.  I remember well the first time with Austin.  I was going for a “yes/no” answer and asked him if he liked to watch basketball with dad.  He typed “no.” And then, “Dad likes watching basketball but I prefer reading about science.”  I was floored.  Our next conversation was about hepatitis.  (He was curious and wanted to know what it was).  So, in that instant, our world changed.  We knew that we could communicate with him on a completely different level than we had ever before imagined possible.  It took us longer with Aaron because he was somewhat verbal and wasn’t interested in learning Austin’s communication method, at first.  But, we started him the same way, using RPM at HALO.  We then progressed to the computer and he also began typing his thoughts.  But his thoughts were much deeper and sometimes difficult-to-hear as a parent.  He mostly wanted to talk about how terrible it was to have autism, why God would have done this to him, why they can’t find a […]

Free Kindle Download of The Record Player until April 5th 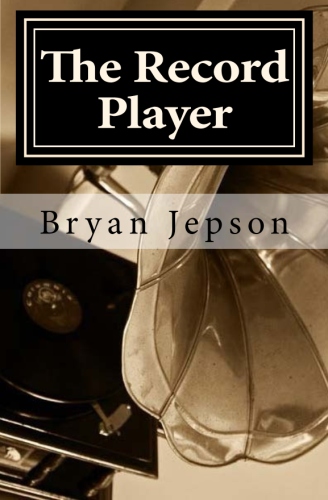 Until April 5th, 2016, The Record Player is free to download in Kindle Format on Amazon.com. Click here to get your copy.